VIP's offices are closed, and staff are working remotely. Click here for more information on our response to COVID-19.

Learn more about VIP's activities amidst the COVID-19 crisis.

Nothing Short of a Miracle

“I was running for my life.”

That’s how Selena Collins (a pseudonym) describes her years-long fight for independence and safety from her son’s abusive father. 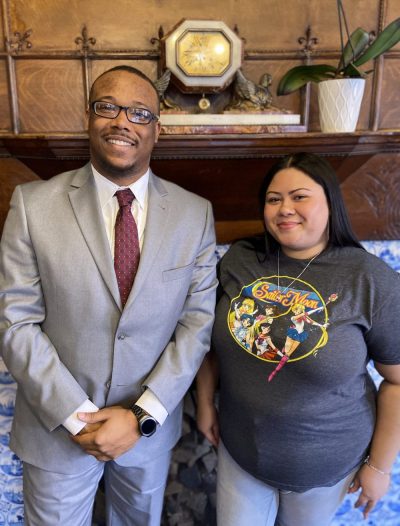 Since 2013, Selena has spent hundreds of hours in court and administrative offices fighting for herself and her son, Andreas (a pseudonym). For most of that time, she had no advocate but herself. When she came to Philadelphia VIP in 2019, she and her volunteer attorney achieved a victory that testifies to the life-changing power of pro bono service.

In late 2018, during brief, biweekly visits with his father in New Jersey, Andreas began to suffer abuse that disrupted all aspects of his life. The abuse led to behavioral issues and bullying at school; in turn, the father hit Andreas harder “to toughen him up,” Selena says.

He used household objects as weapons and left scars, but when Selena appealed to the Department of Human Services (DHS), jurisdictional issues sidelined her case. “I felt trapped,” she says. “I started filing everything I could, everywhere I could.”

When the father attacked Andreas at his school in Philadelphia, DHS began working with Selena, and a caseworker connected her to VIP. She wept when she learned she might qualify for a free lawyer. “At that point, I would have skipped paying rent to hire an attorney. I refused to let him turn my son into a victim.”

Representation mattered to Selena because, despite her years of tireless self-advocacy in the courts, she had never obtained a satisfactory court order. “All my life, people have judged me by what they see. In court with my abuser, my voice shook, I didn’t feel confident, and I think the judges saw me as a hothead trying to take a man’s son away,” she says.

After VIP paired Selena with Richard Coble, an attorney at van der Veen, O’Neill, Hartshorn & Levin, her outlook brightened. “He was like a shield,” she says. In June 2019, the pair arrived in court seeking Protection from Abuse (PFA) orders for Selena and Andreas. But the father failed to appear.

Richard knew a postponement would endanger all he and Selena had worked to achieve. He stressed the urgency of the case to the judge, and won the right to present his argument. The judge agreed to grant a PFA order for Selena, but Richard knew that wasn’t enough. He convinced the judge of the need to bar the father from contact with Andreas as well. With Richard’s help, both mother and son received final orders protecting them from their abuser.

Since the hearing, life has improved for Selena and Andreas:

I’ve never had more peace than I have now… We still have issues. We still have to pay bills. But we’re not looking over our shoulders anymore.

When the rush of victory subsided, Richard and Selena both felt the experience had changed them. Richard called the case (his first through VIP) “rewarding” and “an eye-opener” to the power of giving back. Selena, for her part, calls the result “nothing short of a miracle.”

When an acquaintance offered to sell James Williams a beautiful stone house on a corner lot in Germantown, James knew he had found the perfect family home.

Preserving Her Income, Protecting Her Family

“Thank you to the lawyers and to God,” Ms. Santiago says today, sitting comfortably in her home.

Setting Up Shop Through VIP

Thanks in part to a team of VIP volunteers, Neighborhood Ramen has established itself as a Philadelphia staple.