Setting Up Shop Through VIP

If you find yourself wandering around Queen Village in search of a warm bowl of Japanese noodle soup, locals know to point you toward a small spot on south Third Street, Neighborhood Ramen. In late 2018, partners Lindsay Steigerwald and Jesse Pryor were able to transform their series of informal dinner parties into a burgeoning restaurant, thanks to a stellar team of volunteer attorneys from Philadelphia VIP. 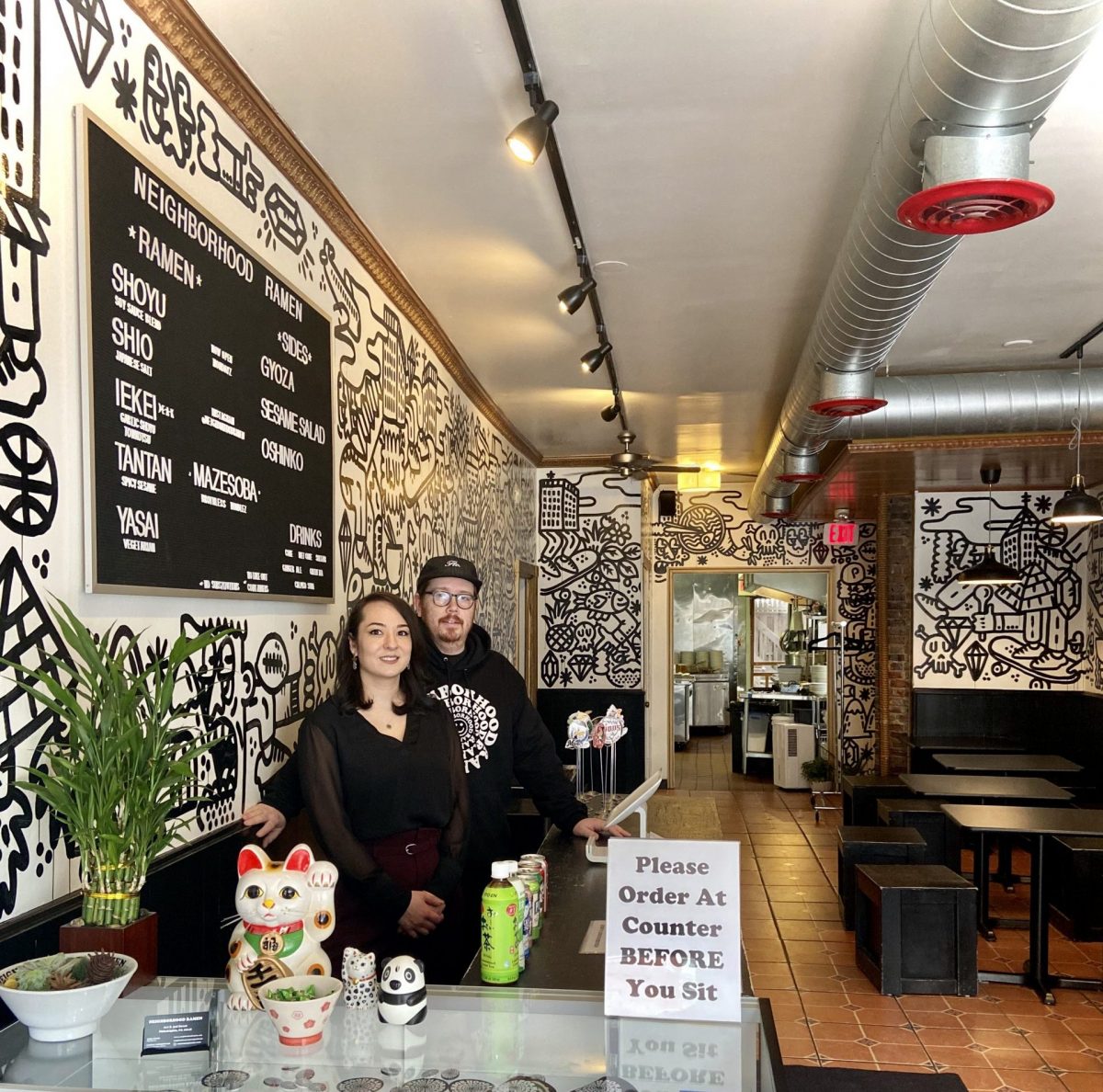 Getting started was challenging. Although Lindsay and Jesse had success hosting dinner parties and pop-up events around the city, it was difficult to formalize their business. After finding an ideal space for what would become Neighborhood Ramen, Jesse recalls the difficulty they faced in obtaining financing: “We would go into banks and say ‘Hey, we want a business loan,’ and they would just kind of laugh at us.”

Lindsay tried to prepare the necessary paperwork to file incorporation documents, but it was overwhelming. The pair sought help from the Women’s Business Enterprise Center, which pointed them to VIP’s small business and nonprofit program, LawWorks.

In July 2018, VIP matched Lindsay and Jesse with four attorneys from Blank Rome LLP. Associate Matt Kaslow, assisted by partner Louis Rappaport, worked swiftly to incorporate Neighborhood Ramen as a limited liability company. About working with Matt, Lindsay says, “He answered our calls anytime we had a question. We really felt like he was taking the time to understand what we wanted for our business.”

Meanwhile, associate Brian O’Neil and partner Barry Friedman began reviewing the draft commercial lease, a process that quickly evolved into a negotiation. Although friends in the industry had advised Lindsay and Jesse that they didn’t need a lawyer to enter into a lease, Brian discovered that the terms in the draft lease did not match those Lindsay and Jesse had discussed with the landlord (the landlord had reused a lease signed by a different client), identifying 80-plus needed corrections. As Jesse recalls: “That’s when you’re aware that you should probably not have done that by yourself.”

After several rounds of negotiations with the landlord’s lawyers, Brian presented a final lease for Lindsay and Jesse to sign in October 2018, with other legal work concluding in 2019. For a pair of restauranteurs with limited resources, Lindsay says,

It was nice that we had the ability to stand up for ourselves and not back down.

In the year since, Neighborhood Ramen has enjoyed much success, racking up accolades such as Best Ramen 2019 from Philadelphia Magazine, and a two bell review from Craig LaBan at the Philadelphia Inquirer. For their one-year anniversary, Lindsay and Jesse collaborated with Philly’s favorite restauranteur (and Jesse’s old boss), Michael Solomonov, on a limited edition ramen bowl inspired by the Yeminite soup served at Zahav. “We just keep trying to make the best ramen we can,” Lindsay shares.

For other aspiring restaurant owners in Philadelphia, Lindsay and Jesse suggest formulating a business plan, researching the market, and utilizing available resources, especially those that are low-cost or free.

As the only legal services agency with a comprehensive pro bono program for assisting small businesses and nonprofits, VIP’s appetite for access to justice is insatiable. But when hungry for ramen, we know just where to go!