Justice Brennan and the VIP Awards

What does an associate justice of the U.S. Supreme Court have to do with Philadelphia VIP?

VIP’s yearly Justice William J. Brennan, Jr. Awards have been a staple of our awards ceremonies since 1988, when Justice Brennan himself took a break from the bench to present them.

VIP’s founding in 1981 responded to a pressing need — namely, decreased federal funding for free legal services nationwide. By the decade’s end, VIP was a model volunteer lawyer program, worthy of a visit from one of the Supreme Court’s most vocal advocates of pro bono service and legal services for the poor.

Justice Brennan had this to say of VIP’s volunteers:

Lawyers occupy a strategic role in the ordering of our society. This position affords members of the legal profession a vital role in taking affirmative, responsible, and progressive actions to meet current problems and avert future crises. You have met this challenge through your pro bono efforts in Philadelphia. I salute you.

Nowadays, VIP’s Brennan Awards honor growth: we award them to the volunteers or practice settings that have most increased their volunteerism in a given period of time. Numbers don’t lie, so no matter who wins the award, being named a finalist is a sure reflection of the nominee’s commitment to VIP and our clients.

Take a look at this year’s slate of finalists, and RSVP for Awards Night on October 12 at 6:30 pm, here. 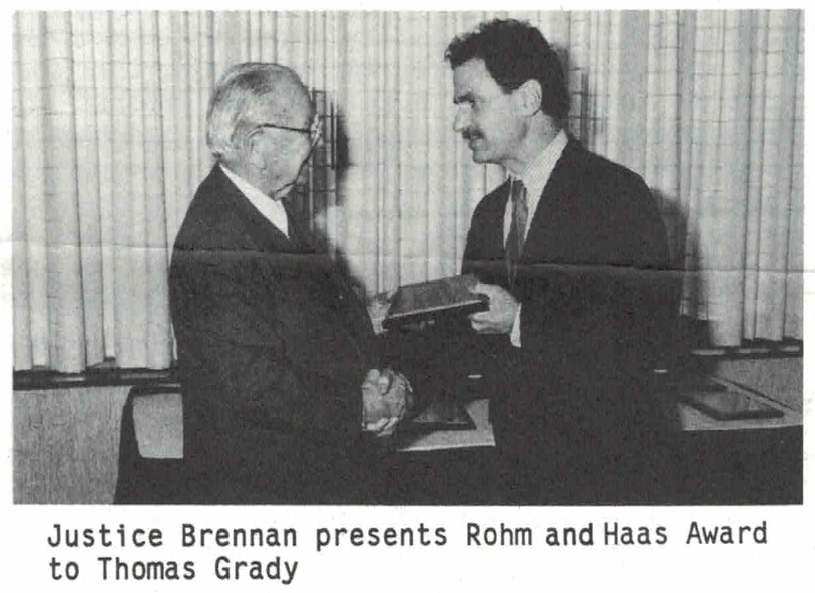 For two decades, VIP has been the sole provider of free civil legal help for Philadelphia's small businesses and nonprofits.