The Clementses’ path to VIP and thereafter is one characterized by strength, resilience, and love in surmounting a series of challenges.

Born and raised in Philadelphia, Raymond Clements was one of six children. He met Wanda at age 14 and the two became sweethearts. When Raymond left to join the military, Wanda remained in Philadelphia, living in the quiet neighborhood of East Oak Lane with her mother and younger sister. 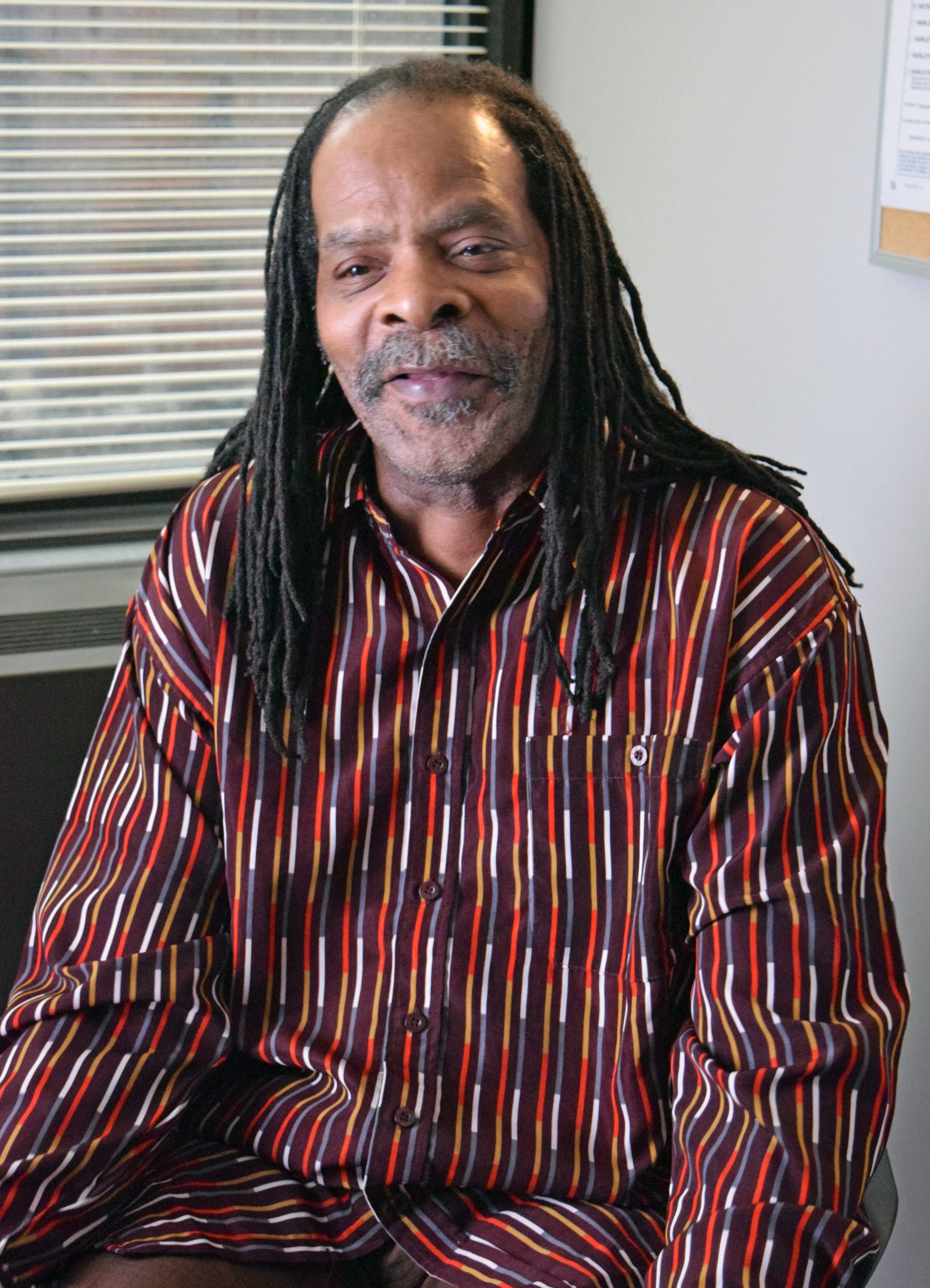 After serving his country, Raymond settled in Maryland. Twenty-five years later, he moved back to Philadelphia and reunited with Wanda; they married in 2014. But there were trials in store for the newlyweds.

Wanda’s health began to fail, and in 2016 she was diagnosed with stage-four kidney disease. Still, the pair was hopeful when she was placed on the transplant list and they adapted their daily routines to ensure she remained healthy enough to stay off dialysis.

Next, the Clementses encountered hardships with their first marital home, ultimately bringing them to VIP. They had rented a one-bedroom apartment in East Oak Lane. When they noticed a leak coming from the apartment upstairs, they asked their landlord to fix it. A cosmetic repair followed. The situation “was alright for a couple of months,” Wanda explained, “but then it literally rained in our kitchen. The ceiling caved in and the water seeped into the adjoining bedroom.” The water damage ruined the Clementses’ guest bed and other belongings, and rendered the room uninhabitable. Raymond and Wanda contacted their landlord repeatedly, but to no avail.

Eventually, the Clementses began to withhold their rent, hoping it would spur their landlord to make the needed repairs. “I had been paying the rent assiduously over the past year,” Raymond said. “[The landlord] allowed mold to grow in my property from a situation above me, which he neglected to fix. That kind of mold situation is dangerous to a kidney patient, and it took my wife off the donor list. Our landlord’s attitude was ‘I’m not going to do anything. If you don’t like it, then get out.’”

The landlord filed an eviction case against the Clementses. When the couple received their court notice, they called Philly 311, which directed them to Community Legal Services. When VIP received the case from its sister agency, it quickly got word out to pro bono attorneys and Pepper Hamilton associate Abel Garza volunteered to take the case.

“I knew I needed to help. I felt like Mr. and Mrs. Clements were being bullied out of their home just because they wanted repairs done.”

Having met with the Clementses and reviewed the underlying documents, and armed with his knowledge of landlord-tenant law, Abel informed the landlord that he was in violation of several relevant City ordinances and would likely lose the case. The landlord withdrew the case.

But the saga was not yet over. Within weeks, the landlord had a lawyer and filed a new eviction case. This time, Abel met with opposing counsel to try to negotiate a settlement that would enable the Clementses, who had decided to move, to remain in their home while they looked for a new place. The landlord wanted them evicted immediately. “He wasn’t willing to work with them, and he wasn’t willing to make the needed repairs,” Abel says. After hearing from both parties, a municipal court judge ruled in favor of the Clementses, allowing them to stay rent-free in their apartment until their move.

“Having Abel in our corner gave me confidence that people are willing to help,” Wanda said. “It put our minds at ease that we had counsel taking our case, even though we couldn’t afford to pay. Although I have an illness, I could smile knowing that we had someone fighting with us.” She has been spreading the word about VIP ever since.

Raymond adds: “After going through this entire experience, I know that love exists. I love Wanda, and there’s no one that can get in between that. Having pro bono legal representation has alleviated her blood pressure, because she has no more worries about her living situation.” He looks forward to their new home:

“Without the landlord’s negligence, Abel’s advocacy, and the judge’s ruling, we could not move forward the way we have now. I’m thankful for that.”