Philly Bread began in Pete Merzbacher’s home kitchen, with loaves baked for grateful friends and family in spare time Pete found when not working as a line cook at a Philadelphia restaurant. A self-described entrepreneur at heart, Pete launched his wholesale bread bakery – Philly Bread – in 2013. Pete initially rented out a pizzeria after hours, baking his signature Philly Muffins throughout the night. Needing more space, he relocated operations to an old bakery in North Philadelphia, a space his thriving business soon also outgrew. 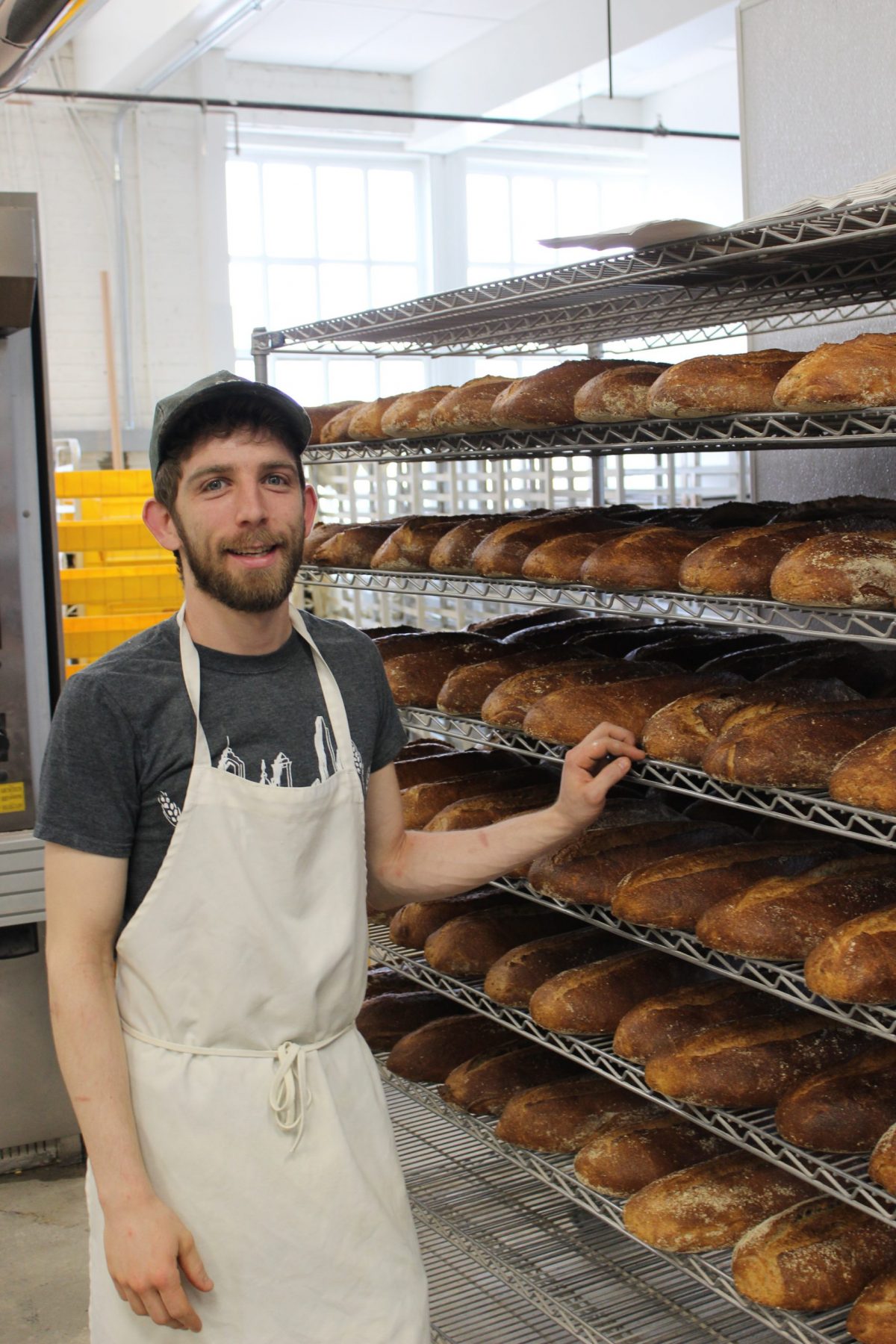 Pete first connected with Philadelphia VIP’s LawWorks program through several of its Small Business Clinics. During the clinics, Pete received legal counsel from volunteer attorneys on both employment compensation agreements and early considerations in identifying and securing a new location. In 2018, confident that Philly Bread was ready for a bigger and more permanent home from which to serve the Philadelphia community, Pete asked LawWorks to find him a volunteer attorney for expert assistance in negotiating a new lease.

LawWorks paired Pete with Anthony Chwastyk, formerly General Counsel at Radwell International and now Associate General Counsel at Capital Health Systems in Trenton, NJ. Anthony was immediately energized by Pete’s ambition and commitment to taking his business to the next level. Describing the excitement of working with Pete during this pivotal phase, Anthony said: “You’re catching someone on the upswing, in the growth phase of his business.” With his background in real estate, Anthony helped negotiate a lease that could support Philly Bread’s long-term growth without exposing Pete to unnecessary risk. He also reviewed and advised on various loans and grants that were instrumental in allowing Pete to equip the new space.

Pete describes Philly Bread’s new facility in Germantown as “night and day” from its prior locations, and credits this stable home with allowing his team to “make better bread!” As Pete puts it,

“I kind of struck gold with Anthony. He would say ‘whatever you need help with, just ask me.’”

Pete took him up on the offer. Recently, when Pete hoped to trademark Philly Bread as part of his larger growth strategy, Anthony happily began researching trademark options and relatable intellectual property matters. He learned that Philly Bread did not meet the United States Patent and Trademark Office’s criteria for trademarking a business name. So, Anthony connected Pete with a CEO friend who offered a well-honed perspective on Pete’s nascent business and how he might consider his growth trajectory.

Philly Bread is now on the cusp of an exciting rebrand that will further establish Pete’s delicious fare as a mainstay in Philadelphia’s culinary landscape.