“When my wife’s necklaces get tangled, I untangle them,” VIP volunteer Jay Ruder says. “I do the same for my VIP clients and their homes.” In Philadelphia, where tangled title issues plague at least 15,000 properties, Jay’s dedication to service is a precious resource and makes a powerful impact.

Jay is a Philadelphia native through and through. After 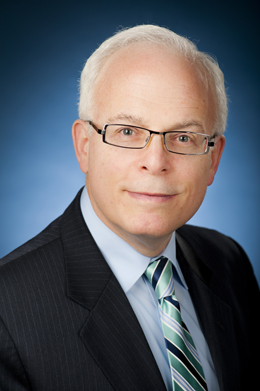 earning his bachelor’s degree at Harvard College, he returned to the city to attend Temple University’s law school. In his four decades of legal practice, he has worked at numerous firms in the region; most recently, he led the Haddonfield, NJ office of Pelino & Lentz, P.C. from 2000 until 2007, when he returned to Philadelphia to head Pelino’s real estate department. Upon that firm’s merger with Archer & Greiner, P.C. in 2009, Jay remained at Archer and is now a partner specializing in real estate law.

Jay’s pro bono service is tied to his deep Philadelphia roots. “My valedictory address at Central High School (class 232) dealt with the need to give back to our community,” he explains. Forty years later, he still lives by that message. In the dozen VIP cases he has accepted since 2012, he has helped his Philadelphia neighbors obtain title to their properties, qualify for basic systems repairs, and avoid homelessness.

“My VIP clients end up in desperate circumstances not through any fault of their own, but because of oversights from generations ago,” Jay explains. “It’s very rewarding to help folks straighten things out.”

Jay’s willingness to help not only sets his clients up for long-term stability, it also can have immediate, life-changing effects. Mr. Fox (a pseudonym) came to VIP after a leak in his home led to a water shutoff. His wife suffered from a chronic illness, and the lack of running water placed her life in jeopardy. When Mr. Fox applied to the City’s  Homeowner’s Emergency Loan Program (HELP) to fix the leak, he learned he was ineligible, as he could not prove he owned his home.

VIP matched Mr. Fox with Jay, who drafted a new deed in under two days. Jay and Mr. Fox worked swiftly to round up out-of-state family members, secure their signatures, and record the deed in Mr. Fox’s name. Within two weeks, Mr. Fox received proof that he owned the home he had lived in for over twelve years. With the deed in hand, he obtained a loan from HELP to repair the leak and maintain his family’s residence.

Jay takes VIP cases because he recognizes the impact of saying “yes!” to pro bono work.

“When I send a bill to a corporate client, there’s not much personal fulfillment involved,” he explains. “It keeps my billing supervisor off my back, but that’s all. When you accept a VIP case, though, you make a real difference in your client’s physical, mental, and financial well-being. You accomplish something meaningful for the client and for yourself.”

"Most people are navigating challenging economic scenarios, and they don’t even know how the law works, and it's our job to step up to help."

"These individuals are the kind of people who want what's best for their family, and they should be able to pass that on."

"Traveling to notarize something for a pro bono client is simple for me, but it's life-changing for them."