"This is an easy way to help the communities we live and work in."

Less than one year into practice, Pat Devine, an associate at White and Williams LLP, called VIP’s office to request a quiet title matter. He quickly found fulfillment in pro bono service.

Pat cites the overwhelming need as a reason for his pro bono emphasis on quiet title cases. “At first, I didn’t understand the gravity of the problem,” he says.

“Since then, I have learned how easy it is to perpetrate title fraud on low-income homeowners. In some cases, VIP volunteers are the only barriers protecting people from homelessness.”

It’s no surprise that Pat called VIP early in his career. His father, Frank Devine, co-founded VIP, and the organization’s core values permeated his childhood. “I knew about VIP before I knew what lawyers did for a living,” Pat says.

Pat’s first VIP client was Ms. Stone (a pseudonym). After struggling with substance use disorder, Ms. Stone enrolled in a rehabilitation facility and conquered her addictions. During her rehabilitation, she met the CEO of the business that owned the facility and became dedicated to his charitable mission. After her discharge, she served as an unpaid volunteer at the facility. 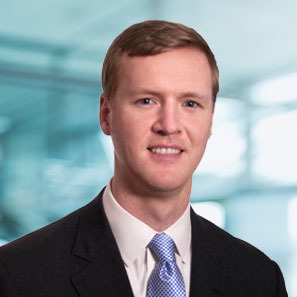 In 1998, at the CEO’s behest, Ms. Stone moved to a property that the CEO owned. She paid monthly rent and assumed responsibility for the bills, maintenance, and repairs incidental to homeownership. Several years later, the CEO conveyed the property to Ms. Stone, but a scrivener’s error caused the Philadelphia Department of Records (DOR) to record the deed under an incorrect street name, so the deed did not appear in the appropriate chain of title.

After the CEO died, someone forged a deed that conveyed the property from the CEO to the business that owned the treatment facility. Since Ms. Stone’s deed was outside the chain of title, the DOR accepted the forged deed. This compromised Ms. Stone’s ownership, which made it impractical to pay the tax and utility bills. When they became delinquent, the City of Philadelphia initiated foreclosure proceedings. Ms. Stone sought help from VIP, which paired her with Pat.

Pat drafted a complaint that established the grounds for Ms. Stone’s ownership of the property. The opposing parties’ attorneys attempted to cajole Ms. Stone into paying for the property, but they failed to answer the complaint, so the court granted judgment in Ms. Stone’s favor. With title resolved, Pat obtained funding from the VIP-administered Tangled Title Fund to pay the delinquent bills, and he helped Ms. Stone enroll in property tax and utility plans to minimize the risk of future foreclosures.

Pat has taken several other VIP cases since his representation of Ms. Stone, and in each case, his clients have emerged victorious. Pat finds that pro bono work complements his private practice: “Among other things, it teaches me to self-start,” he says. Also, although quiet title cases are complicated, they do not require “fire drills,” so Pat can fit the work into his schedule.

Pat hopes others will join him and thousands of other VIP volunteers who have made a difference in their communities.

“Jump in,” he says, “and you will discover that the work is exceptionally rewarding in myriad ways.”

"This is an easy way to help the communities we live and work in."

Thanks to two volunteer electronic notaries, VIP has continued to move cases forward during the pandemic.

"These cases are amazing opportunities to change a person’s life with relatively little effort."