Looking for a short and sweet summer pro bono opportunity? Draft a will for a Philadelphia homeowner.

In his pro bono work through VIP, Jed Bayer keeps one objective always in mind:

I want to help my clients end up in a better place than they would be without representation.

It’s a powerful goal, especially when applied to Jed’s chosen service area, eviction defense. Low-income tenants face catastrophic collateral effects when forced to navigate eviction proceedings on their own, as over 90% have to do in Philadelphia. Jed’s example shows the extraordinary difference a volunteer attorney can make. 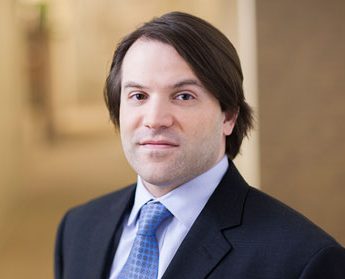 Jed grew up in Newark, DE, but has made Philadelphia his home since earning his J.D. from American University’s law school. In his fourteen years of practice at Cozen O’Connor, he has focused on commercial real estate litigation. Now as a Member of the firm, he continues accepting VIP cases at a steady pace and encourages associates to do the same.

Jed says that working on these cases has familiarized him with the hardships faced by our city’s low-income tenants.

When people tie up their income in security deposits and rent payments, it becomes difficult to escape bad housing situations,

He explains. A single missed paycheck, medical emergency, or dispute over inhabitable conditions can place tenants on a fast track toward homelessness. The advocacy of a volunteer of like Jed can make all the difference in such a scenario.

One of Jed’s early VIP cases highlights this impact. Ms. Crown (a pseudonym) had navigated her Municipal Court eviction hearing pro se and appealed what she believed was an unfair outcome. VIP reached out to Jed, who agreed to represent her in the Court of Common Pleas appeals process. Using the transcript of the Municipal Court hearing, Jed cross-examined the landlord and found a number of contradictions in his testimony. In response, the landlord offered Ms. Crown a settlement package including several thousand dollars of future rent.

While happy to have won, Jed was struck by how the outcome seemed to turn on having an attorney, rather than on the merits of the case. “I read the Municipal Court transcript,” he explains.

Ms. Crown presented her case well, and I think she should have won. Having an attorney would have helped her to focus her argument and make points that would influence the judge. I’m happy I was able to do that in the appeal.

Jed’s observations are borne out in a 2018 study of eviction proceedings in Philadelphia commissioned by the Philadelphia Bar Association. The study found that tenants with representation in eviction cases avoid disruptive displacement 95% of the time, compared to just 22% of the time for tenants without representation. Whether by taking new cases or spreading the word about pro bono to associates in his practice group, Jed is excited to keep chipping away at that problem through his partnership with VIP.

“When I’m at court, I observe these tenants that are coming unrepresented and sometimes being taken advantage of by landlords. I can help prevent that.”

"When you help someone become a homeowner, that person can stay in their home, make repairs, and leave something behind for their family."