Looking for a short and sweet summer pro bono opportunity? Draft a will for a Philadelphia homeowner.

Moving On from an Uninhabitable Home 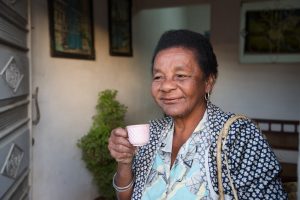 Everyone deserves a safe and habitable place to call home. So when the repair issues in Ayana Fletcher’s house grew too severe to handle, she exercised her legal right to withhold rent until the landlord would fix them. In response, the landlord attempted to evict Ayana and her young son.

VIP stepped in and matched Ayana with attorney Lee Klein, a recent Volunteer of the Month. Thanks to Lee’s representation, Ayana’s case was dismissed, but her ordeal did not end there. Ayana’s landlord sued for eviction a second time, citing failure to pay rent for different months from the initial suit.

Lee didn’t hesitate to take Ayana’s case a second time. Using the training she received from VIP, she found the landlord continued to make false claims about repairs, and that Ayana’s home was still uninhabitable. When negotiations broke down, Lee appeared before a Municipal Court judge who ruled in favor of Ayana.

“He granted the entire judgment for Ayana,” Lee recalls. “He said she could stay through the end of her lease term, and that the landlord would get nothing. That was a huge win. Ayana was thrilled. She told me she was so satisfied, she didn’t know how to thank us enough.”

Lee, who has over a dozen VIP eviction defense cases under her belt, emphasized her clients are the masters of their own cases, and that at the end of the day, she fights for what they want. Thanks to her teamwork with Lee, Ayana was able to stay in her home rent-free until finding a safer place to live.

“I can never say how thankful I am for my attorneys and VIP, helping low- or no-income individuals who have nowhere else to turn.”