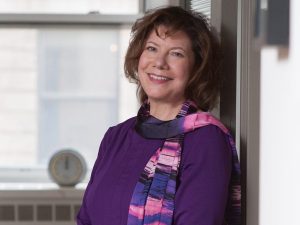 August is Child Support Awareness Month. There are a lot of myths and misconceptions about what child support actually entails, so VIP’s Communication and Content Manager, Katie Pratt, spoke with BKW Family lawyer Joni J. Berner. Read their conversation below.

Let’s jump right into this important discussion Joni! Can you explain to me what child support is and why it’s so important?

When parents no longer live in the same household, there are a lot of questions that arise. How does a child share time between the two of them or how do parents share the parenting responsibilities? These questions typically point towards child custody, which is often confused with child support. Child support also asks the question, how do parents share the responsibilities, but only when it comes to finances.

I’ve often said in the 40 years I’ve been practicing law, child support is the easiest thing for a family lawyer to give a client an accurate prediction of how a court would decide the amount one parent must pay to the other. That’s because in the 1980s, federal requirements made state child support systems more consistent and easier to navigate for people who do not have a lawyer involved. In Pennsylvania, it’s so simple that you just log in numbers to a computer program to do a calculation and that will be the child support each parent owes.

The typical formula takes one parent’s income and compares it to the other parent’s income, as well as the amount of time the child spends with each parent, to calculate the total amount of support needed for a child’s food, clothing, and shelter and to measure the percentage each parent has to pay. For example, if the first parent earns ¼ of the combined family income, then the second parent pays ¾ of the basic child support. The money goes to the parent that has the child the majority of the time. This formula, which we call support guidelines, is not optional. It’s mandatory. Pennsylvania also requires parents to share a child’s “additional needs” which include medical expenses, child care necessary for a parent to work or go to school, and possibly private education.

Are there times when child support is not the easiest thing for a family lawyer to talk about?

The simplicity of calculating child support relies on the parties having a relatively simple situation: both parents are employed and have W-2 paychecks, so income is easy to confirm and measure. It can become complicated when people aren’t fully employed, someone is unemployed and can’t find work, or someone is self-employed, among other complications.

There are extremely difficult cases where parents are perpetually unemployed. In these cases, the court may create a number based on what the parent’s earning capacity is and still require the child support to be paid. But because child support is typically withdrawn from the paying party’s paycheck by the employer and then sent to the state for distribution to the other parent, enforcement of a child support order can be difficult when there is no employer.

There are some cases where a parent never pays the child support. What happens in these situations?

Child support is owed after a court order is entered, and if a parent doesn’t pay it, the tab keeps running until the order is terminated. Our system allows us to trace people through their social security number, so we usually know when they’re employed. But it is true, someone can sometimes successfully avoid their obligation. In these cases, unfortunately, that old adage may be true: you can’t get blood from a stone. And if it continues to be evaded, there is a possibility to terminate a parent’s right, but that is a different conversation when you have an hour or so.

Another common belief I hear is that the money for child support does not actually go to the child but is being used selfishly by the parent receiving support. Even if that belief is true in a particular case, the result will not be a reduction in child support. The parent who thinks the child is not being cared for properly should approach this as a child custody issue.

Finally, since the 2018 change in the federal income tax law, I’ve seen some misconceptions about the value of claiming a child as a dependent and confusion about which parent is allowed to claim the child. Generally, this issue is decided as a custody issue, if the parties can’t reach their own agreement. If there is no agreement, the IRS uses its own rules: the parent who has custody most of the time can claim the child; if there is equal custody, the parent with the higher adjusted gross income is entitled to claim the child.